The sixth year of the Kootenay Climbing Festival proved to be its most popular yet. About 300 people enjoyed perfect weather while visiting the festival during the day on Saturday and then another 150 or so came to the Lion’s Head Pub that night to enjoy Will’s speech. The following day, 36 took part in the various tours and clinics that were offered. It was also a financial success as TAWKROC raised over $3,000 to put towards the debt incurred when Kinnaird Bluffs was purchased.

The first day of the festival, Saturday September 23rd, was divided into two parts: family activities were offered during the day and then Will Stanhope, one of Canada’s best rock climbers, gave a presentation in the evening. The second day (Sunday the 24th) featured a rock rescue clinic and a female climbing clinic at Kinnaird Bluffs. There was also a kids climbing tour in Nelson and a bouldering tour near Arrow Lakes, just north of Robson. As with all festivals in the past, the venue was the Lions Head Pub in Robson, just East of Castlegar. The weather was perfect for late September and families enjoyed sunshine, free snacks and various activities set up in the parking lot behind the bar that included:

Video footage of the Tower of Power event by Chelsea Novak of the Castlegar News.

At 7:00pm the event moved inside the bar and for the first year ever there was standing room only in the Lions Head! TAWKROC directors gave away swag as well as four $100 gift certificates to Valhalla Pure Outfitters, a new tagline rope compliments of Powderhound in Rossland and a new rock climbing rope compliments of TAWKROC.

Then Vancouver native and professional climber Will Stanhope gave a presentation about the various adventures he been on recently, including in the East Kootenays where he freed the hardest alpine line in Canada (the Tom Egan Memorial Route on the east face of the Snowpatch Spire in the Bugaboos) and then returned to the Bugs this year to do the hardest link-up every accomplished in the country: He and British climber Leo Houlding recently free-climbed the three west faces of the Howser Towers in a day. “It’s a lot of climbing,” he said, “It’s like close to 60 pitches and over 2,000 meters.”

For an excellent recap of Will’s presentation, log on to the Castlegar News article “Top Climber Caps off Fun Climbing Day.”

The following day ACMG guides and TAWKROC directors David Lussier and Bob Sawyer taught a rock rescue course at Kinnaird while Jasmin Caton, also an ACMG guide and owner of Valhalla Mountain Touring, oversaw an all-female climbing clinic. The feedback comments from the participants definitely proved the clinics were a success.

Below are some photographs from the two-day event. If you missed the fun and would like to help TAWKROC pay down the debt incurred when purchasing Kinnaird Rocks earlier this year to ensure it remained a rock climbing destination in perpetuity, please log on to our donation page.

A special shout-out to the volunteers including Rik, Sonja, Grace, Kevin, Jeff, Dave, Menush, Marley, Delia, Scott, Allen, Jeremy, Viv, and Nika, as well as the TAWKROC directors who put a ton of time into the organization of the weekend: Dave, Shawn, Khaled, Craig, Vince, Bob, Yann, Dusty and Ian.

For more about what the 2017 Kootenay Climbing Festival entailed, log on to the Castlegar News article “Top Climber Caps off Fun Climbing Day.” 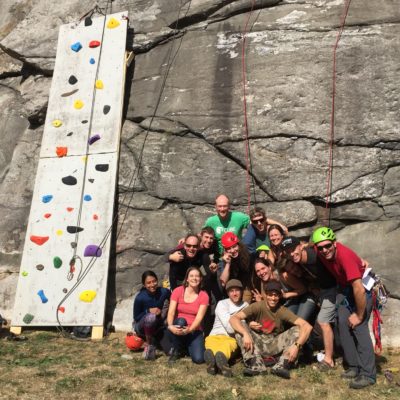 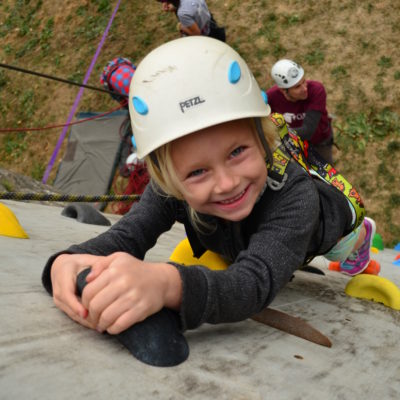 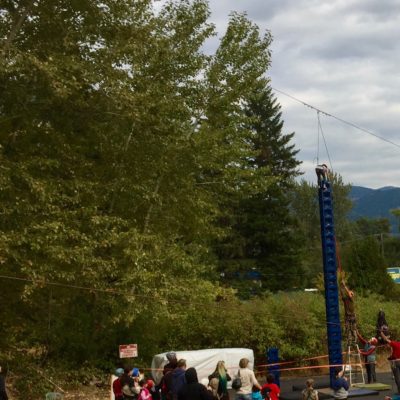 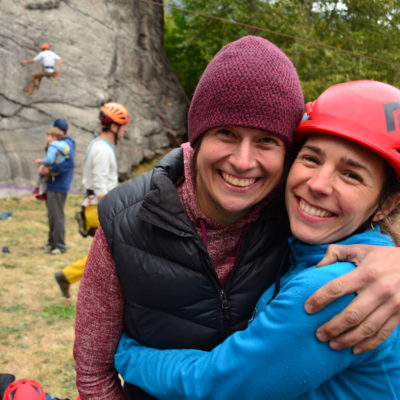 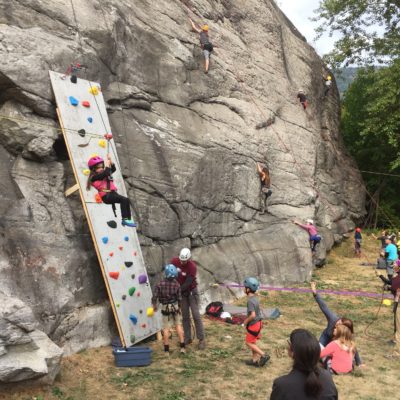 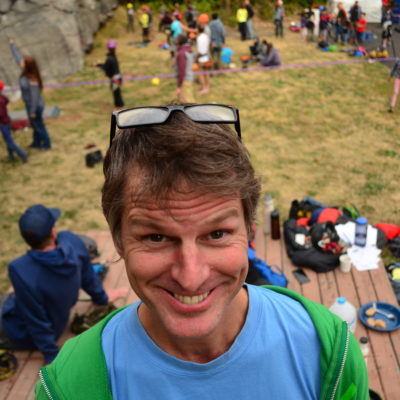 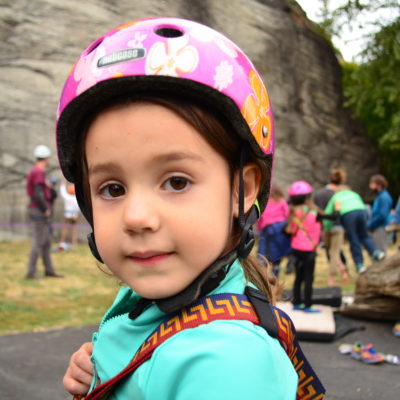 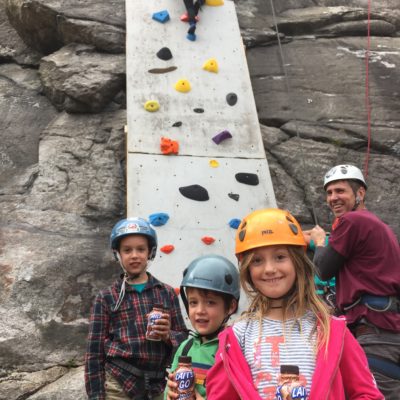 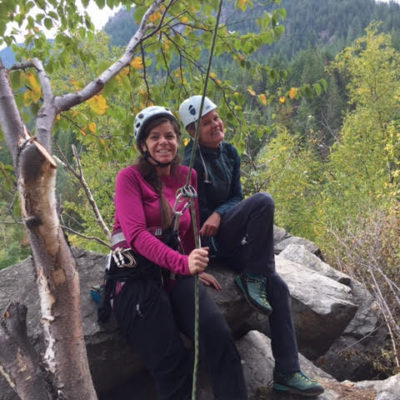 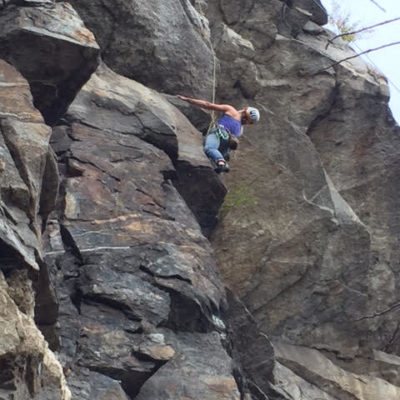 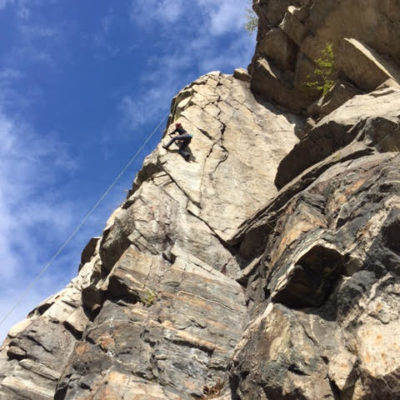 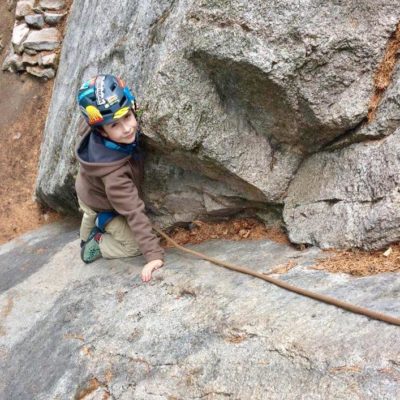 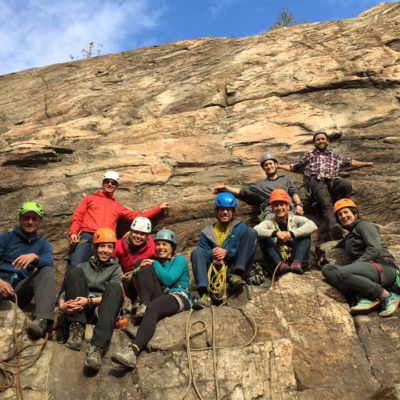 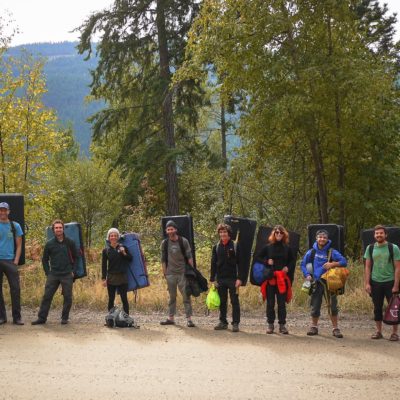 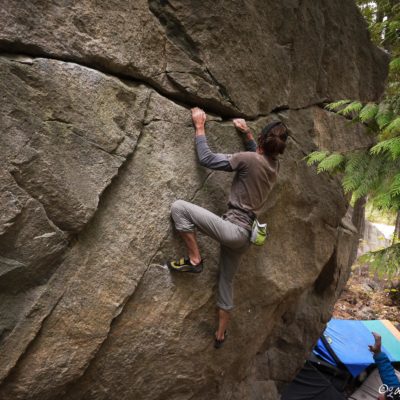 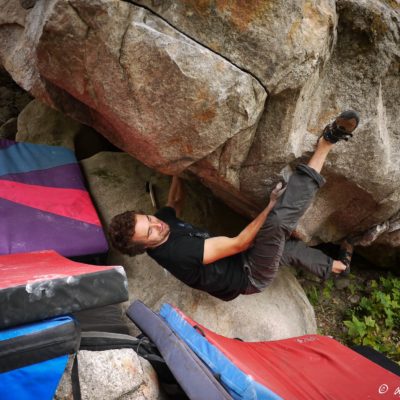 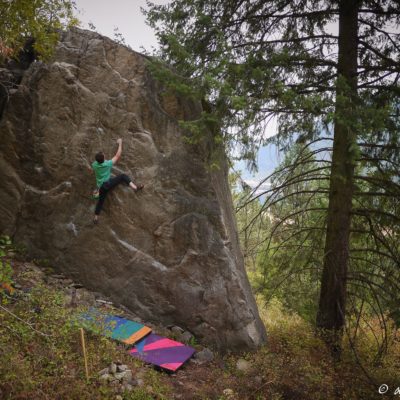